We are back to Belize after a couple weeks away, in Cleveland, OH, to attend weddings and connect with family and friends!!!We realized that our bodies did in fact adjust to the heat here, because 80 degrees felt COLD in Cleveland! Ridiculous! And now we have to readjust to heat index of 100. At least now we know it can be done. I am not sure how long it takes….will start to run that experiment…, onto our Placencia Vacation review:

Right before we left, we had a good friend here-Ray. Ray is a PhD and a very analytical person, so we were very curious what he would think of Belize. We had a great time with him and he stayed an extra week after we left to explore by himself. He wrote a vacation review for us, that I think would be very helpful to those coming down! Things to know about Ray….he has been all over the world, so he has places to compare Belize to; Ray is very “frugal,”:) and he is a germaphobe. So, if you can relate to any of these experiences(/issues), you might find his outlook helpful for your experience 🙂

While you have been up in the US, I have been enjoying life down here in Belize.  Most of my time is consumed by reading on the hammock and eating from the really non-tourist restaurants.  My top three of the local fare restaurants are Mary’s (next to the soccer field), Vern’s (in Seine Bight) and Mim’s (one minute from Caribbean Beach Cabanas).  Other than eating and reading, my most interesting day since you left was a motorcycle excursion.

One place I knew I had to see, before I left Belize, was St. Herman’s Blue National Park.  The Blue Hole is a geological anomaly, created from the collapse of a limestone cave.  The pictures I saw of it looked amazing and I had to see it for myself.  How to get there was the main question I had though.  Options included, a formal tour guide with transpiration, renting a car, a school bus converted into a passenger bus, stealing Dave’s truck or renting a dirt bike. 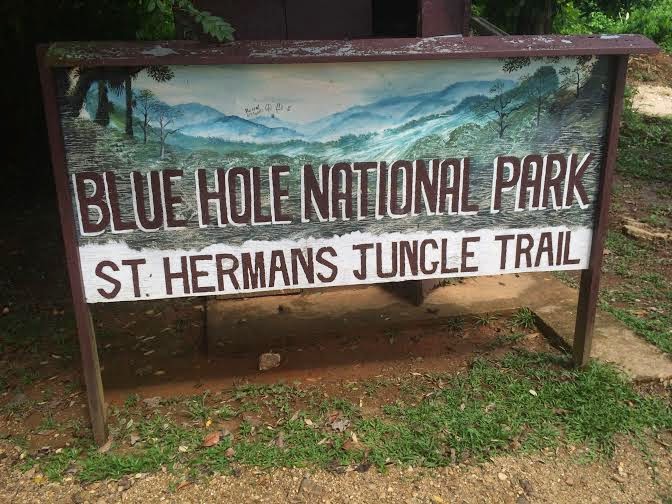 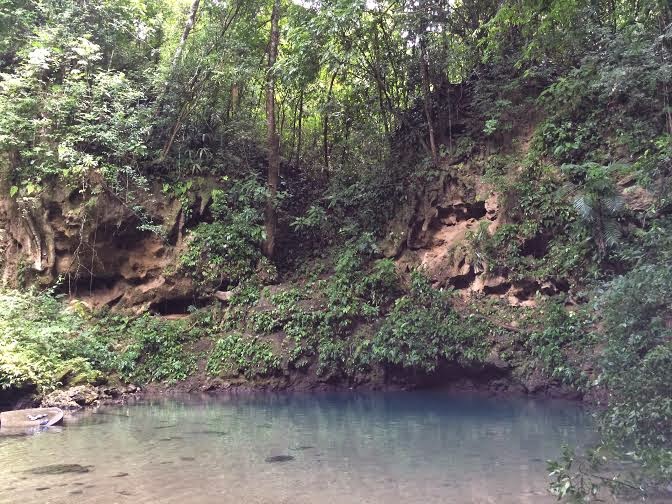 Although I had never rode a motorcycle before, this was clearly the option for the adventurer in me.  So with a youtube video on how to ride a motorcycle under my belt, I set off. 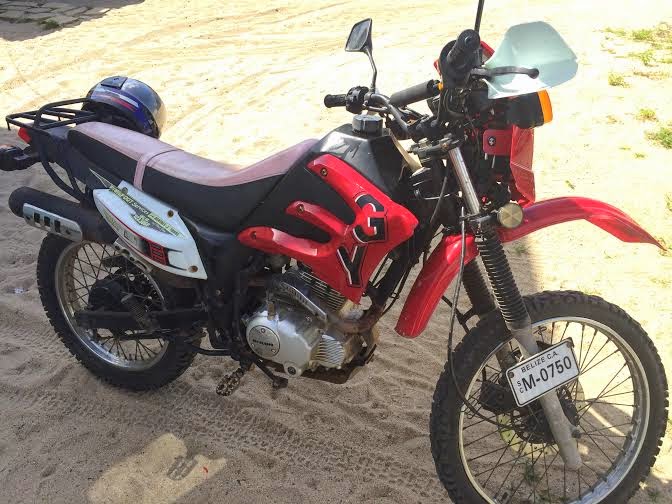 The ride there was a great part of the fun and no matter what form of transportation you take, the views along the Hummingbird Highway of the mountains, streams, farms and jungles are incredible. 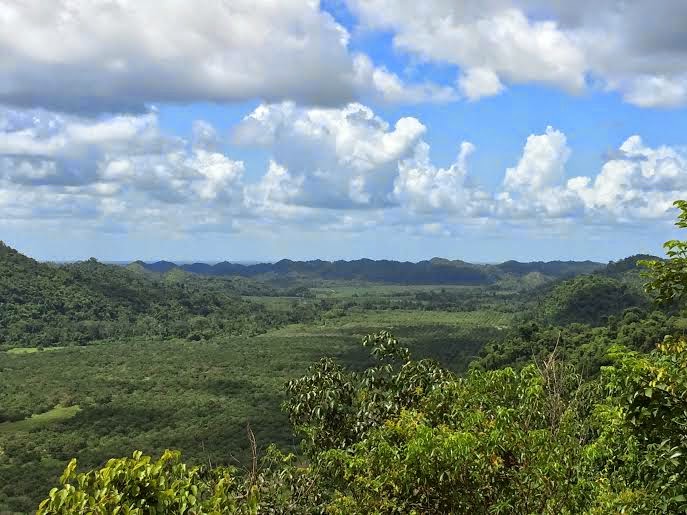 The Blue Hole beauty lived up to the descriptions (no filters were used on my pictures), with an Audubon Society representative on-site (Jermio), who had a wealth of information on geology, animal and plant life.  I took a dip in the hole and then moved on one mile down the road to St. Herman’s Cave . 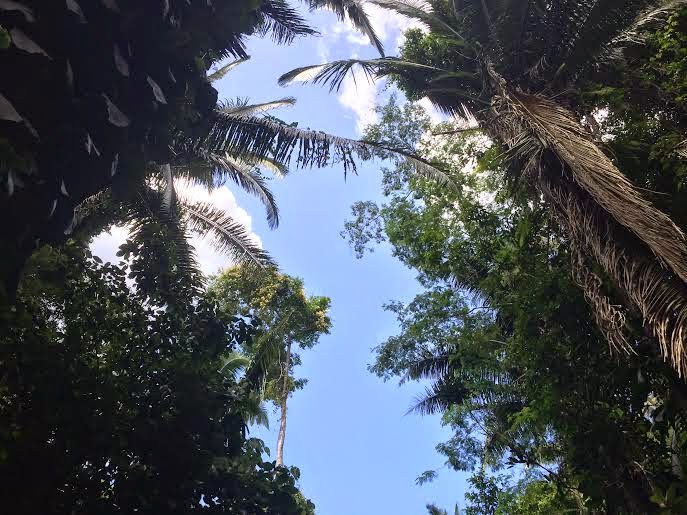 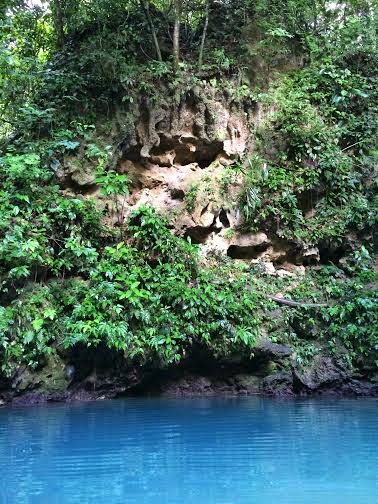 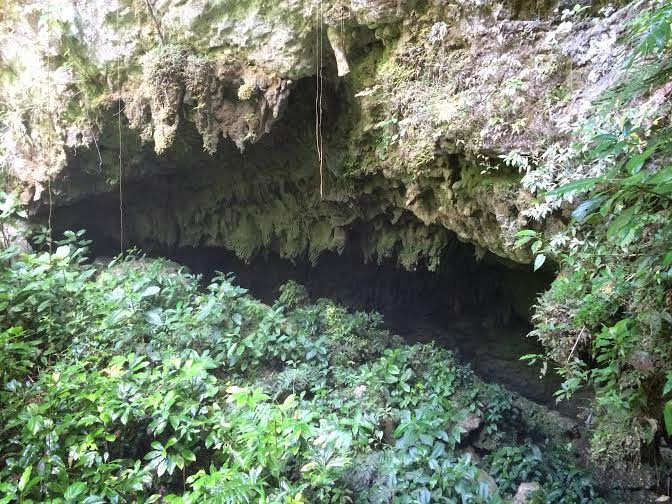 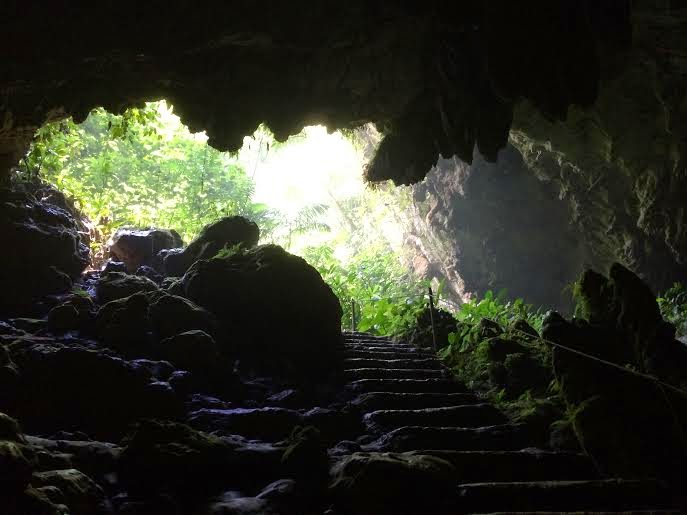 With an admission fee of 4 USD, you receive access not only to the Blue Hole, but also to St. Herman’s Cave (Amanda is the Audubon Society representative there).  You can take a free self guided dry cave tour, which I did, or a tour guided tubing trip, which can be arranged when you arrive.  In the same area as the cave, there are also paths to a lookout tower.  If you like to hike mountains/jungle, it is a must do, but it is not ideal for the inexperienced hand can be skipped if short on time (also the 1/2 mile steep route is actually 1 mile and the 1 mile less-steep route is actually 2 miles).

I still had daylight left and needed to refill my gas tank.  So I shot up to Belmopan and grabbed some food at the Belmopan Market.  The market was not glamorous, but definitely worth the fifteen minute drive, to get some local fare. 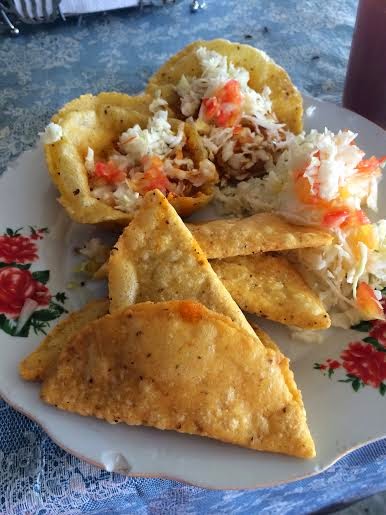 At that point I had a race with the sun, to get back to Placencia before dark.  The sun won, I lost and I had about an hour of night driving…it was worth it though, as I made a number of quick stops to investigate some lodging around the Blue Hole.

I made it back, safe, sound and exhausted.  —-Ray

You read that right….he watched a YOUTUBE video on how to ride a motorcycle (never having done it before) and then took one out in what is known to be a very dangerous place to motorcycle…..NOT RECOMMENDED!!!!!!!

Ray also enjoys places that would be considered, affectionately, hole-in-the-walls. He lived in China for years while in school and is used to paying a dollar for a full meal…..his choices are always spot on for cheap, good (clean plates), food. 🙂 Ray also left me the following paragraph as advice for people that found his adventure something they would like to do, this would work well for anyone checking out different parts on Belize on their trip!

Advice for future CBC guests on a two day excursion to the Blue Hole and Cockscomb Basin:

If you want to do a two day/one night excursion, here is what I recommend. Leave Placencia around 8:00AM, hit the Blue Hole, then St. Herman’s Cave and if time allows, shoot up to the Belmopan Market for an afternoon snack.  Then head back towards the Blue Hole and stay at either the Sleeping Giant (very nice with a beautiful pool and prices ranging from 100 – 500USD) or the VERY RUSTIC Yax’Che Jungle Camp (you need to definitely have a sense of adventure to stay here as there will not be many other tourists and you are literally in the jungle).  The next day, wake up early and do some bird watching (make sure to have receive some bird advice from the Audubon Society representative, at the Blue Hole or St. Herman’s Cave, the day before).  Get on the road by 10:00 or 11:00AM and head back towards Placencia, but plan to stop at Cockscomb Basin for a few hours.  I did not have time to stop at Cockscomb, but from what I have heard from Doyle, it is worth the stop to see waterfalls and wildlife.

Thanks again for the great feedback Ray and we can’t wait until you come back!

In other news…..we have 6 weeks to finish the new verandas on the cabanas.. finish some custom furniture on the inside…then our first guest comes in early November! We can’t wait. We missed our Belize friends and want to thank Sue and Carlos for taking such great care of Sticks! (he is still mad at me for leaving).

We are also going to be doing some fun excursions in the next 6 weeks….including Long Caye (Blue Hole), Roatan, Honduras, and Tikal, Guatamala! Stay tuned!!!

Things to bring when coming to Belize

What is it actually like to move to paradise, and leave your life behind?