Crime in Belize & Other Things People Worry About

Now that we are booking guests, I am seeing the concerns and questions people have about coming down to the Caribbean. (Such as Crime in Belize) This is going to read more like a book report and not so much for entertainment, but still was an important blog post I have been wanting to write 🙂

The most common concerns are:

Is there a lot of crime in Belize?

Are the bugs bad?

Are the critters in general bad?

Can I get good wifi?

Are there a lot of power outages?

How bad is rainy season/is there a chance of a hurricane?

I did about a year of research on Belize before moving here, then asked a thousand questions to expats who lived here, and then have lived here pretty much since February. This is not a lifetime of research but a decent sample size 🙂

Crime in Belize — How safe is Belize?

Belize is sometimes shown as ranked #6 in the world for unsafe countries. This number is truly disproportionate. Belize’s murder rate is 44 out of 100,000. BUT as is widely claimed most of these murders (up to 60%) are in Belize City, southern, where the gang violence happens in a small pocket. Crime rates are rather hard to find, but here is some actual evidence for crime:

Let’s look at where I live, Placencia. Placencia is in the Stann Creek District. This is the 2nd largest district. There are about 35,000 residents but that doesn’t include people like me, here on a (long term) tourist visa, OR the number of the 300,000 visitors that come to Belize every year. (not including the 700,000 cruise ship passengers.)

The murder rate is 17/100,000 for my district (6 murders in a population of 35,000). This means, if you ONLY count ACTUAL residents,  for the whole year, for the WHOLE DISTRICT. Again, this isn’t counting the fact that the population swells during high season, or the people like me, who essentially live here.

THIS FACT MEANS——-this rate is about the same as visiting Milwaukee, Wisconsin, or Cincinnati, Ohio. When is the last time someone said, I can’t visit Milwaukee, the crime rate is just too high??? And please check out the rates of rape and robbery. If we compare it to a city I picked randomly, Cincinnati, the rate of rape is 11/100,000 in Stann Creek vs Cincinnati’s rate of 63/100,000. Robbery–Stann Creek-57/100,000….Cincinnati-582/100,000!! And the population of Cincinnati is not thrown off by huge tourism swells or long term expats. The rates would be even lower if you included these populations, but that would be pretty complicated.

Robbery denotes theft by force. There are non violent thefts here, and if you leave your stuff out in a third world country, where people don’t have much, yes, your stuff will be taken. I have had one thing taken in my time here, which was a case of empty beer bottles that were left out to be recycled. My friend that visited left a ping pong game out on his veranda which was taken. You certainly want to be aware of where your stuff is, and hide it away. I have heard that it is common knowledge here, that if you leave something out, you must not care too much about it, which makes it fair game. Good to know 🙂 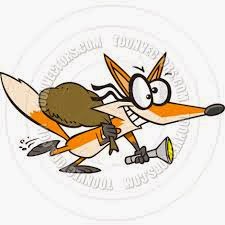 Anyplace will feel safe to you, until something happens, of course. But I cringe when people hear a crime report and say, well take that place off the list, too dangerous! It is healthy to be suspicious and overly cautious when in a new place (in my opinion 🙂 ) Look at your own home town statistics–because you know the town, it feels safe. But burglaries, rapes, etc are happening there the same as here. Most people DO tend to be more cautious on vacations, and Belize has areas in every city where there are tourists walking around everywhere, lights, and a feeling of safety. I wouldn’t walk the streets at night, alone, ANYWHERE, or flash a bunch of cash anywhere, or leave my cell phone out in plain view when I am not near, and I use those same rules here. THE VAST MAJORITY of travelers anywhere–have a good experience and are not victims of crime. The tiny percentage that do have a problem, are publicized to the max, and unfortunate people use this as an excuse to not have any adventures in their life outside of Myrtle Beach or Disney World (and crime happens there too!!!). This is not recommended 🙂 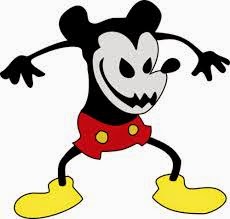 Are the bugs bad? Critters in general?

I HATE bugs. I hate getting bit, and if I feel something brush against me I freak out. With that said, the bugs down here are not THAT bad. The ants are a problem. You will see ants every day down here, and worse if you don’t treat for them, or you leave any food out. 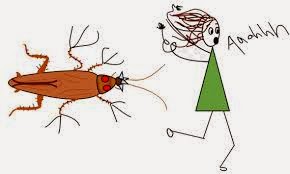 The mosquitos have not been a problem except for very recently, because it is called “mauger season” where the wind really dies down. Because of the constant awesome breeze off the Caribbean, it keeps the bugs at bay, except for a small portion of the year. Wear some DEET an move on 🙂 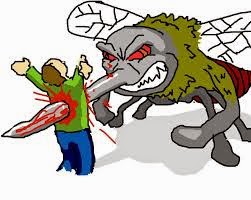 Sand fleas-I have had three times since February where I felt sufficiently attacked by sand fleas to be really sad about it. All three times, I was out after a rain, at dusk, and I was sitting on the ground or in the sand. It left about 50-100 bites on my legs that made me miserable for about 2 days and then they went away. They itch like hell. If you have no self control, like me, you will turn them into scabs and be sorry you did it. I got smart and use anti itch cream now, and I am careful to put baby oil on my legs at high risk times. 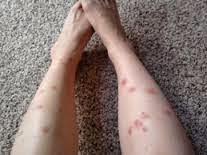 Other bugs–I see bees and other large flying insects but they seem to not care that much about me. I have heard of people getting bit by Bot or Botless flies, which are pretty gross. They can swell up and be itchy. There are a lot of geckos around, which just don’t bother me, they don’t want anything to do with people and they eat insects. 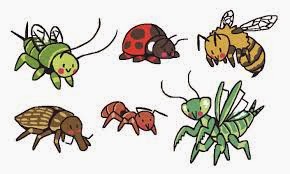 I will admit–since February, we have had one tarantula, one scorpion, and one small snake on the property (outside!!) There is also something large living in the tree above Dave’s truck that poops like a small child all over it. Occasionally Dave steps in a fire ant hill by his truck. We have dealt with termites here, they live everywhere, but this is not a concern of a guest, you will never see one, hear one, and they have no interest in eating humans. I have also seen a total of 5 cockroaches in our places. We treat for them so we only find them when they are dead. As gross as they are, they don’t want to eat us. They are just freakish with a bad reputation.

To summarize, as a guest, unless you seek out a wildlife adventure, you are likely to see some regular old boring ants and maybe a gecko. If you see anything beyond that, remember that this will be a good story you can tell later, and nothing will hurt or kill you. Case closed. 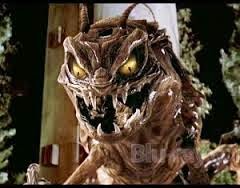 How are the wifi and power outages?

I have read countless complaints about both. I honestly am either lucky or only reading the complainers or outliers. The internet has been as good as at home, and the power has gone out a total of three times, for a total of about 15 minutes. *yawn*

How bad in rainy season/chance of hurricanes?

Rainy season I have heard can be pretty depressing. However, we are in rainy season now, and what I have experienced is a Cleveland summer. Frequent rain and clouds, but better than Cleveland, it rains hard and quick and then is over, not a dull, grey, drizzle all day. I’ll take rainy season any time over the weather in the Northern US. There is plenty of sunshine, very little temperature fluctuation, and the sun dries the rain up quickly. It doesn’t stop us from doing anything. As for hurricanes, it looks like Belize by history is susceptible to a big one about every 30 years. We are due in about 15 years. Go ahead and make those travel plans. 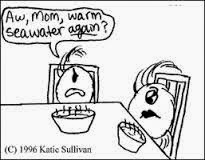 OK what IS bad is the stupid sea grass. It is flat out a pain in the butt. It has been one of the things I would say is worse than I expected. We are lucky (sarcasm.) enough to be experiencing Sargassum right now, which won’t leave, and it is flat out gross. (See my earlier post.) It is STILL HERE. It smells, it is dirty, it is ruining the shore, and you can’t even get in the water. You can’t even rake it because it will come right back. We hear it will be another week or two at least, and I heard a rumor that Placencia is bringing in a sea grass expert. I think where we are, in a slight bay, is getting it the worst on the whole peninsula (yay me!).

Another thing that was bad in early summer were the jellyfish. Because we are so close to the reef, when the tide is right, those little jerks float right over and invisibly enter your personal space. They can turn a pleasant swim into a blood curdling race for the shore. I hate them, Dave and I have both been stung. Dave mutiple times :(. Good news is, this isn’t Australia with box jellyfish that kill you, but it does suck to be stung. 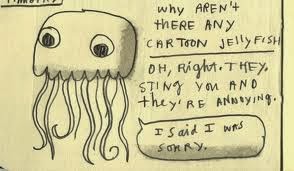 The heat–it is freaking awesome here between 4pm-10am. Awesome. Breezy, comfortable, pleasant, no air conditioning needed. However, on most days, between 10am-4pm, you feel as if your IQ has dropped 40 points and your energy level is that of an 80 year old. It is especially fun when you can’t get in a water because of the Sargassum, or the jellyfish chase you out. You just have to figure it out and we have lived with it; if you have a sense of humor and can plan your day accordingly, it is part of the fun.

Some Eye Candy pictures of Placencia :)